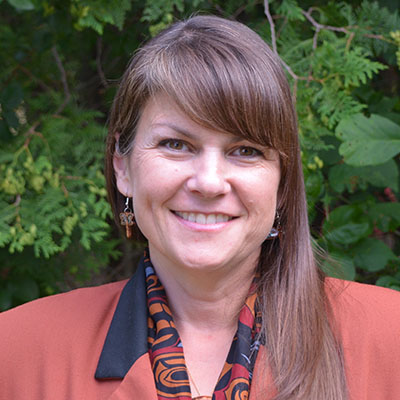 Dr. Dawn Lavell-Harvard is a proud member of the Wikwemikong First Nation, the first Aboriginal Trudeau Scholar, and has worked to advance the rights of Aboriginal women as the president of the Ontario Native Women’s Association for 16 years. She has served as director for First Peoples House of Learning at Trent University since 2016. Dawn was elected president of the Native Women’s Association of Canada at the 41st Annual General Assembly, July 11, 2015 in Montreal, Quebec, and was vice-president for almost three years.

Dawn is a full-time mother of three girls. Following in the footsteps of her mother Jeannette Corbiere Lavell—a noted advocate for Indigenous women’s rights—and since joining the board of the Ontario Native Women Association as a youth director back in 1994, Dr. Lavell-Harvard has been working toward the empowerment of Aboriginal women and their families. She was co-editor of the original volume on Indigenous mothering entitled Until Our Hearts Are on the Ground: Aboriginal Mothering, Oppression, Resistance and Rebirth. She has also released a book along with Kim Anderson, entitled Mothers of the Nations, and has recently co-edited a book with Jennifer Brant entitled Forever Loved: Exposing the Hidden Crisis of Missing and Murdered Indigenous Women and Girls in Canada.