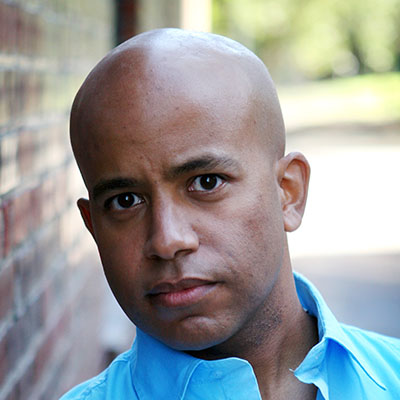 Minister Faust is an award-winning author, award-winning journalist, broadcaster, teacher, and organizer. He was a key convener of The Good Fight 2018, Edmonton’s first-ever major training conference on defeating fascism. He has been engaging in counter-fascist work since 1990. You can read some of his work about the modern fascist threat and how to counter it and read about his novels.

As a radio and print journalist, he has gone as far as the 1995 Million Man March in Washington, DC, and to the Ain-al-Hilweh Palestinian refugee camp in southern Lebanon, to collect stories and hear directly from people living and making history.

At TEDx Edmonton, Minister Faust presented “The Cure for Death by Smalltalk” on the importance of questions and stories in genuine conversation, which has been viewed online more than 800,000 times.

He has also has presented at the National Conference of State Legislatures in Los Angeles, at California State University at Los Angeles, Diaspora Dialogues in Winnipeg, the Science Fiction Research Association Conference in Detroit, African History Month celebrations in Durham, Ontario, at Georgia Tech in Atlanta, at the University of Illinois at Urbana-Champaign, and at many other events and locations. Read about his keynotes, presentations, and workshops.