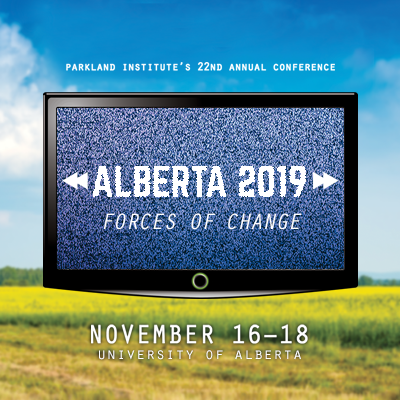 with Emily Eaton and Ian Hussey

Just Transitions in the Belly of the Beast

Saskatchewan is Canada's second-largest oil producing province and has a lot in common with Alberta. In fact, the province sets its own resource policies and regulations with a keen eye on Alberta and with an aim to "beat" Alberta as the best place in Canada to produce oil. What are the prospects for transition in petro-economies like Saskatchewan and Alberta? How can fossil fuel interests and influence be broken, and what are the prospects for reorienting economies and cultures around just transitions?

Emily Eaton is an associate professor in the Department of Geography and Environmental Studies at the University of Regina. She is the author of two books: Growing Resistance: Canadian Farmers and the Politics of GM Wheat and Fault Lines: Life and Landscape in Saskatchewan's Oil Economy. Her work concerns the political ecology of resource extraction and the politics of just transition to a post-carbon economy.

Alberta's oil production is dominated by just five corporations. In this presentation, the accumulation strategies of the "Big Five" will be examined as they evolved in reaction to the phases of the commodity cycle: boom (2004-2014), bust (2014-2016), and restructuring and consolidation (2015 onward). Analyzed as a cyclical whole, it becomes clear that recent claims that Alberta oil companies aren't highly profitable are false. In fact, the latest commodity cycle has resulted in the Big Five consolidating their ownership and control of Alberta oil. The political, economic, and climate implications of this consolidation will be discussed.

Ian Hussey is a research manager at Parkland Institute, where he designs, conducts, and manages political economy, labour, and climate research. He is also a steering committee member and the Alberta regional research manager for the SSHRC-funded Corporate Mapping Project.