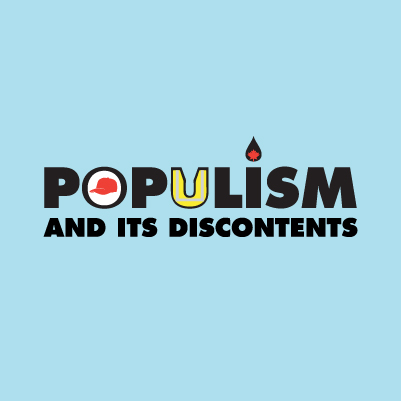 Reproductive Rights Under the Right

Recent graphic anti-abortion displays and litigation waged by "pro-life" interests across Alberta challenge the common misconception that reproductive matters are a private concern. Touching on aspects of contemporary politics impeding access to reproductive health in Alberta, this presentation contextualizes the instability of reproductive self-determination. A short history of rhetoric and policies surrounding reproductive health exemplifies how activism in southern Alberta is dynamic, informed both by an engaged community of feminist health activists and religious conservatives who seek increasing state control over reproductive autonomy.

Carol Williams is professor of History and Women and Gender Studies at the University of Lethbridge. Her publications include Indigenous Women and Work: From Labor to Activism (2012); Framing the West: Race, Gender, and the Photographic ‘Frontier’ in the Pacific Northwest (2003); "Residential School Photographs: The Visual Rhetoric of Indigenous Removal and Containment" (2018); and "Reproductive self-determination and the persistence of ‘family values’ in Alberta from the 1960s to the 1990s" (forthcoming).

Access in Alberta: Understanding Barriers to Abortion and the Role of Crisis Pregnancy Centres

More than three decades after abortion was decriminalized in Canada following the R v. Morgentaler decision, consistent and equal access to abortion as a viable reproductive option has yet to become a reality. Looking to Alberta in particular, numerous potential barriers remain for those seeking abortion: from practical concerns of logistics and cost, to debates over public policy, and social issues of stigmatization. In this presentation, persisting barriers to abortion information and services in Alberta are examined, with a focus on the impact of anti-abortion organizations known as crisis pregnancy centres (CPCs). Further, recommendations for improving access in Alberta moving forward are explored.

In spring 2019, Katelyn Mitchell was awarded a master's degree in the University of Lethbridge’s Cultural, Social, and Political Thought program, having received her BA in Sociology with Great Distinction in 2016. She also contributed to Dr. Claudia Malacrida's "Childbirth & Choice" and "Eugenics to Newgenics" projects during her time as a research assistant at the University of Lethbridge. Mitchell's own research focuses on the experiences of women who have sought abortion services and information in the context of southern Alberta, and she has presented on this topic for various academic and public audiences.

The current rise in male-centered anti-abortion content on social media platforms such as Facebook and YouTube reveals how this content typically tries to appeal to the emotion of humour. Much of this content, which is attracting audiences locally and internationally, responds to recent feminist campaigns with a male reach, such as "He for She" and the "Male Feminists Europe Project." Broaching the subject of abortion in order to draw men into their rhetoric, the use of humour with respect to abortion diverges from traditional anti-abortion content, which has centered on dire messages about religion and fetal personhood, and attempts to evoke sadness and anger. Therefore, videos represent an attempt by the anti-abortion movement to alter their emotional angle, in the hope of attracting young men who may not be moved by the grave, religious tone of traditional "pro-life" messaging.

Carly Giles began her educational career at the University of Lethbridge in 2013, hoping to pursue a social studies teaching profession. However, through health science electives and courses such as Liberal Education and Women and History, Giles fell in love with issues relating to health care laws, access and equity and switched majors to Public Health, graduating with a Bachelor’s of Health Sciences in 2018. Reproductive healthcare is her current favourite research area.