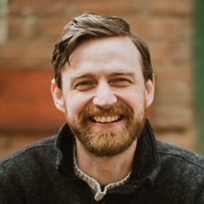 Brad Lafortune has worked most of his life on Treaty 6 territory in Alberta as an advocate for worker rights and social, economic and environmental justice. Most recently, he has served as the Director of Campaigns for Western Canada at Point Blank Creative, a progressive communications firm promoting and supporting civil society and labour rights.

Brad previously served as the Chief of Staff to the Minister of Labour for the Alberta New Democrat government, where he helped implement Alberta’s $15 dollar minimum wage in 2018 and set up North America’s first Coal Workforce Transition Fund.

Organizing, advocacy, and political action that centers real stories and builds power are the principles that guide Brad’s work. He is committed to building diverse, inclusive, and equitable networks with Public Interest Alberta to help shape our province’s future.

When he’s not working on campaigns or advocacy work, you can find Brad running around with his daughter Maven and their dog, Rufio. He loves long distance running and when we can all get together, he co-produces and hosts a drop-in singing party called Pub Choir.