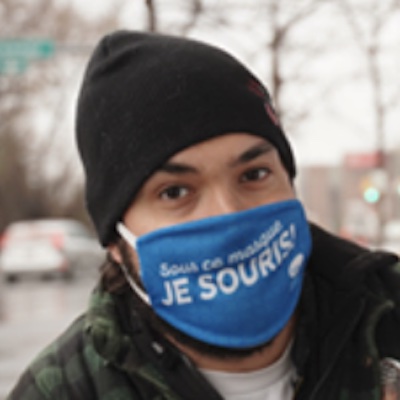 Alex Silas was appointed the PSAC Regional Executive Vice-President for the National Capital Region (NCR) in May, 2020 and was elected REVP in May 2021. He previously served as the Alternate REVP for the NCR, having been elected to that position in December 2018.Born in Moncton, New Brunswick, Alex has lived in Ottawa since 2003. Alex attended La Cité Collégiale for the Police Foundations Program.

He first became a member of PSAC in 2010 when he was hired at the Bank of Canada as a security officer, and then became a shop steward for directly chartered local 71250. He has served on various regional committees such as the Young Workers’ Committee as secretary, the Directly Chartered Local Committee as secretary-treasurer, and was elected as a member-at-large in 2018 for the NCR. He was also the Vice-President of directly chartered local 71250.

He is a community activist involved with the $15 and Fairness campaign and Ottawa ACORN, and comes from a long family history of labour activism.

Alex is the first member of a directly chartered local to serve on the National Board of Directors (NBoD) in PSAC’s history.