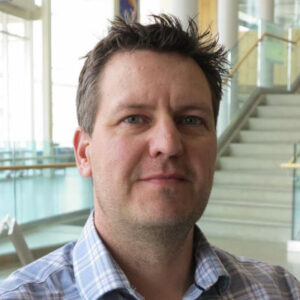 Clark Banack is the Director of the Alberta Centre for Sustainable Rural Communities and an Adjunct Professor of Political Studies at the Augustana Campus of the University of Alberta.  Clark has a PhD in Political Science from the University of British Columbia and is the author of God’s Province: Evangelical Christianity, Political Thought, and Conservatism in Alberta (McGill-Queen’s University Press), the co-author of Faith, Rights, and Choice: The Politics of Religious Schools in Canada (forthcoming in 2023 with the University of Toronto Press), and the co-editor of Building Inclusive Communities in Rural Canada (forthcoming in 2023 with the University of Alberta Press).  He has also authored several academic articles and book chapters related to Alberta politics, rural issues, religion and politics, education policy, and populism in Canada. In 2022, Clark was the recipient of the Canadian Political Science Association’s John McMenemy Prize.  He is currently working on research projects related to rural economic development, rural mental health supports, green energy transitions in rural communities, and political opinion in rural Canada.